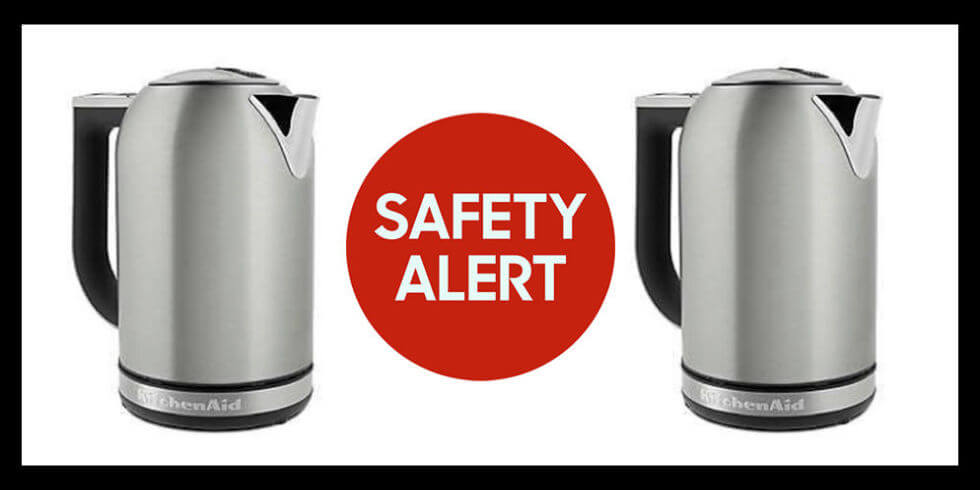 People have been complaining about this product for years.

Whirlpool has announced that they are recalling about 40,200 KitchenAid electric kettles due to a burn hazard. The handle on the affected model can loosen and separate from the unit causing hot liquid to spill out.

The Consumer Product Safety Commission deemed these electric kettles unsafe after receiving 79 reports in the United States of the handles detaching and three reports of minor burn injuries.

The electric kettles were sold between September 2013 and February 2018 at home improvement and retail stores across the country including Bed, Bath & Beyond, Target, and Amazon.com. They cost around $100 to $120 and were sold in stainless steel, red, black, white, liquid graphite, and cocoa silver.

After a little research, we found that multiple Amazon reviewers have expressed concern over this product for years.

“After 6 months of use, the handle broke off after I boiled a full pot of water. I could have been badly hurt. The handle just detached off the body without prior indication it was starting to break. I could have been burned so badly. It literally just happened. The lid detached too,” one reviewer wrote in June 2017.

“The handle was slightly loose at the bottom, right out of the box. As I used it, the bottom part of the handle was clearly starting to detach from the body. Very disappointing. It would seem that Kitchen aide is cutting corners,” another wrote in 2014.

While many others called the product “unsafe.”

To find out if you kettle was included in the recall, you can check to see if your model and serial number is on the full list on Whirlpool’s website. These numbers are located on the bottom of the kettle.

Whirlpool has announced that they are recalled about 40,200 KitchenAid electric kettles due to a burn hazard

Consumers who own a faulty unit should stop using the recalled kettle immediately and contact Whirlpool for a free replacement by calling 800-874-0608 from 8 a.m. to 8 p.m. ET Monday through Friday, or visiting repair.whirlpool.com.