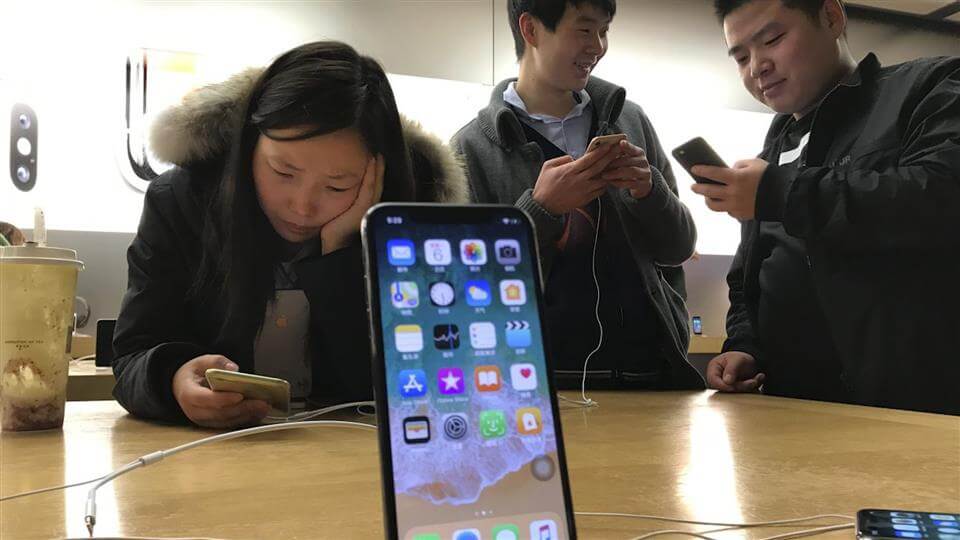 By Nathaniel Taplin
Jan. 4, 2019 5:33 a.m. ET
China’s economy is slowing so much it even tripped up Apple, while the clock ticks on the 90-day cease-fire in the U.S. trade feud. Less noticed amid the headlines is a major shift in the Chinese economy that is quietly beginning to upend the global financial system.

China, long the world’s heavyweight saver and a huge buyer of foreign assets like Treasurys, is now a big spender—a trend the current cyclical growth dip is unlikely to permanently derail. In early 2018, China got more of its growth from consumption than the U.S., the reigning king of consumer spending. As Chinese spend more at home and abroad, the country’s total trade surplus with the rest of the world has shriveled to a fraction of its former size.

The shift has enormous implications for global capital markets: everyone from retirees investing in U.S. Treasurys to fund managers investing in markets like Indonesia or India. It could also, eventually, help ease some of the frictions between the U.S. and China.

China still exports tons of goods. But as its people have become wealthier, they are consuming more too. In 2015, the country exported around $150 billion worth of goods more than it imported each quarter. In the third quarter of 2018, the goods trade surplus was just $100 billion.

Meanwhile China’s net spending on foreign services, mostly tourism, surged from $50 billion to more than $80 billion over the same period. Some part of that is travelers sequestering cash abroad to evade China’s strict controls on overseas investment—but anyone who has been in the world’s major cities in the past few years has witnessed the tidal wave of Chinese tourist spending.

All the those tourists are a windfall for tour operators and handbag vendors, but their spending sprees mean China, in aggregate, has less left over for other assets: for instance U.S. Treasurys. Beijing is no longer buying dollars to keep mushrooming trade earnings from pushing up the yuan, but rather the opposite. Chinese holdings of Treasurys peaked at $1.3 trillion in 2013 and have nosed downward since to $1.1 trillion—a trend that could accelerate in 2019 if new U.S. tariffs further reduce Chinese exports.

Less Chinese capital flowing into U.S. government bonds may not seem like a big deal now with yields falling as investors flee wobbly equity markets. But it could weigh on Treasury prices over the long run. Total foreign Treasury holdings have been essentially flat since 2014. But overall Treasury debt is up about 20% since then. The risk is that lower demand for its bonds means the U.S. government has to pay more to borrow. That would drive up rates for businesses and consumers as well.

The more immediate impact has been a huge hit to emerging markets. As China consumes more, it saves less, meaning there is less money available for investment. Beijing has been trying to attract more foreign capital to fill in the gap. Emerging markets suffered last year not only because of the rising dollar, but because China is attracting unprecedented inflows to its stock and bond markets.

China in the second quarter alone attracted $61 billion of net portfolio investment inflows—triple the quarterly levels it was drawing in as recently as 2014. All other emerging markets, meanwhile, likely saw a 2018 full-year net outflow of $45 billion according to Institute of International Finance data. The IIF estimates China captured 75% of nonresident portfolio investment in emerging markets in 2018 and will absorb around 70% in 2019, up from just 28% in 2017. One implication: Even if the dollar weakens in 2019, many emerging economies could still struggle, because they are now competing with China for foreign investment capital.

In the short term, that may be one reason for cautious optimism about a U.S.-China trade deal. The two sides agreed to a 90-day standstill in their trade battle in early December, with the U.S. postponing plans to increase tariffs on $200 billion in Chinese goods and the two sides entering negotiations on other contentious issues. China may not budge on U.S. demands to cease supporting critical technology industries like microchips and robotics, but it does need more foreign cash—most obviously for industries like health care where prices are too high and service often horrendous.

U.S. investors this week were focused on the surprising news that Apple ’s iPhone sales were falling short of expectations in China, and fretting about what that might augur for the months to come.

But over time, what will matter more to global markets is the big rise in Chinese consumer demand, the big fall in Chinese savings and the big increase in China’s need for foreign capital.

Sourcing from China: The 5 Steps to Developing a Chinese Supplier

BY RENAUD ANJORAN Many importers work in one or two product categories. They buy 80% of…