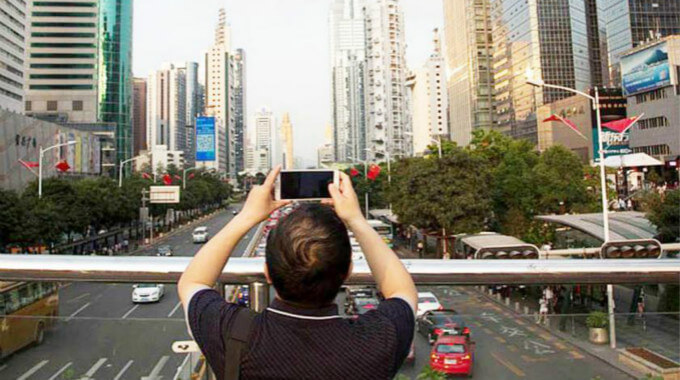 Even before the 2008 global financial crisis laid bare the limits of China’s export-oriented growth model, the country’s leaders were stressing the need for quality growth. In 2007, then-Premier Wen Jiabao argued that Chinese economic growth had become “unstable, unbalanced, uncoordinated, and unsustainable.” More than a decade later, how close is China to overcoming Wen’s “Four Uns”?

Significant progress has been achieved, particularly since 2013, when President Xi Jinping and his team articulated a comprehensive reform plan that would put China onto a path of inclusive, green, innovation-driven growth. Since then, China has taken major steps forward, especially in rooting out corruption, alleviating poverty, and implementing supply-side reforms.

But China has not quite reached the authorities’ goal that the market should become the “decisive” force in resource allocation. And the implementation of Xi’s reform plan has been hampered by multiple internal and external shocks – including, in recent months, escalating trade tensions with the United States.

As the external environment becomes shakier and more hostile, China is facing a cyclical downturn at home. In 2018, China’s GDP growth slowed to 6.6%, the lowest level since 2010, though unemployment and consumption have so far remained stable. Moreover, while trade grew by 9.7% for the whole year, it shrank by 4.8% in December, reflecting the uncertainty created by trade tensions with the US.

As market sentiment turned bearish, growth in fixed-capital investment in infrastructure and housing declined to only 5.9%. The Shanghai Composite Index fell about 25% – the largest drop in a decade – and the market capitalization of Chinese companies listed on the Shanghai and Shenzhen stock exchanges dropped by as much as $2.4 trillion.

The silver lining of the challenges – and, in particular, of protectionist pressure from the US –is that they have given Chinese policymakers added motivation to address structural imbalances and work toward leveling the playing field for private and foreign businesses. For example, the Ministry of Finance has launched a series of tax-cut programs, aimed at easing the burden on low-income households, the service sector, and small enterprises.

Moreover, financial, trade, and industrial regulations that previously hindered private business and innovation are being streamlined. And, on the monetary front, the People’s Bank of China has cut the mandatory reserve ratio for banks four times over the last year, to maintain appropriate liquidity.

As part of its negotiations with the US, China is also moving to open its markets further. But there is a limit to the extent to which China can appease the US. As it stands, China has largely eliminated its trade surplus with the rest of the world. If it eliminates its trade surplus with the US, as President Donald Trump has repeatedly demanded, it may end up having to reduce imports from other countries to keep its overall trade balanced. This would disrupt global trade.

Another barrier impeding China’s quest for quality growth relates to timing. While delivering sustainable development, raising living standards, and eliminating imbalances will yield massive long-term benefits, the policies needed to get there may weaken growth in the short term.

In order to offset this effect, China hopes that the private sector can deliver innovative, productivity-boosting breakthroughs in the near future. To help bring this about, Xi has met with various private business leaders to reassure them that they can count on the government to support fair competition and innovative activities.

But, if the private sector is to fulfill its potential, it needs financing. To this end, China must deepen its domestic capital markets, in order to support varied and efficient long-term investments by institutional players, such as social security and pension funds, that can convert savings from debt to long-term equity.

At the same time, the private sector needs stronger institutions to underpin fair competition. According to the late economist Harold Demsetz, institutions that define, protect, and refine private property rights will emerge only when the benefits of such a system exceed the costs of establishing it. China is in the midst of this transition.

The private sector also needs greater incentives to take risks. Here, clarifying the balance between local-government autonomy and central-government regulation is crucial. While excessive freedom for subnational governments can lead to instability, excessive control can choke off the local-level experimentation and competition that has long driven growth in China.

Indeed, though the central government provides essential infrastructure and policy coordination, only local (including municipal) governments can identify and implement “last-mile” public-infrastructure projects that create market potential for new growth. Such projects – and the public services they support – are crucial to creating an ecosystem that attracts entrepreneurs and innovators.

To enable local governments to fulfill this important role, innovative financing mechanisms are needed to reduce their debt and increase overall capital productivity. For example, public assets could be leased to private businesses capable of providing more efficient management.

This speaks to a broader need for China to dismantle bureaucratic roadblocks. As Demsetz observed, the decision not to lower barriers to market entry does more to undermine competition than, say, excessive market concentration.

Though the Chinese digital giants Tencent and Alibaba have natural monopoly power in their domains, relatively low barriers to market entry have enabled them to provide low-cost services to vast numbers of consumers and businesses.

China has not achieved quality growth yet. But if the country’s leaders continue to strengthen property rights and work to improve market confidence and foster fair competition, a breakthrough should not be far off.

Andrew Sheng, Distinguished Fellow of the Asia Global Institute at the University of Hong Kong and a member of the UNEP Advisory Council on Sustainable Finance, is a former chairman of the Hong Kong Securities and Futures Commission, and is currently an adjunct professor at Tsinghua University in Beijing.

Xiao Geng, President of the Hong Kong Institution for International Finance, is a professor at Peking University HSBC Business School and at the University of Hong Kong’s Faculty of Business and Economics.

Inside China’s Silicon Valley: From copycats to innovation

By Matt Rivers, CNN Shenzhen, ChinaAt the Huaqiangbei Market in Shenzhen, you can build a…

US exports of soyabeans to China, the world’s biggest market, have all but disappeared, leaving…